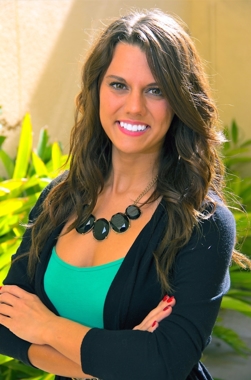 Kaitlin was raised in Dallas and attended Lake Highlands High School. It was there that Kaitlin first discovered her interests and talents in public speaking in debate. Her passions for social issues were early fuel for her desired to pursue higher education and to make a difference.

After high school, Kaitlin attended the University of Oklahoma and studied sociology and criminology. She made Dean’s List three years in a row and was inducted into Alpha Kappa Delta Sociology Honors Club. She also participated in the Dean’s Advisory Committee and was a member of Alpha Chi Omega sorority. In 2013, she received her Bachelors of Arts in sociology and graduated with distinction.

While an undergraduate, Kaitlin became fascinated with the legal system and decided to apply for law school. In August of 2013, Kaitlin moved to Malibu, California where she completed her first year of law school at Pepperdine University School of Law with a focus in entertainment law.

After deciding entertainment law did not fuel her passion to help others, Kaitlin decided to finish law school at the University of Houston Law Center, focusing on probate law, elder law, and tort law.

While a student at the University of Houston Law Center, Kaitlin was a member of the Student Bar Association, the Association of Women in Law, and a student member of the American Bar Association. During her two years at the University of Houston, Kaitlin worked alongside a board-certified probate attorney. During this time, Kaitlin was able to gain hands-on experience handling cases of different types, and it was then that she decided working in the probate field and elder law field was her calling.

Career at the Clinesmith Law Firm

Upon receiving her Juris Doctor in 2016, Kaitlin moved back home to Dallas and began working for the Clinesmith Law Firm. While at the Clinesmith Law Firm, Kaitlin has been able to handle a large variety of cases and enjoys assisting clients seek justice for their loved ones that have been injured or neglected at the hands of corporate health care providers.

To meet the talented and dedicated staff at the Clinesmith Law Firm regarding help in your nursing home abuse case, call our offices today at (877) 976-8411.