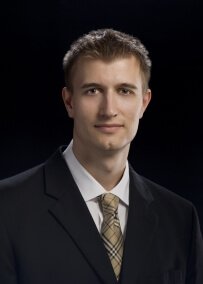 Jacob Runyon is a North Texas native who was raised in the Dallas-Fort Worth Motorplex. His desire to become an attorney was solidified by his participation in a Mock Trial competition his senior year of high school, where he qualified and competed at the State Capital in Austin. While in high school, Jacob also gained a greater appreciation for neglected seniors, as he volunteered at nursing homes and spent considerable time with residents. After high school, Jacob attended the Brigham Young University, in Provo, Utah, where he studied Political Science and Business. In 2008, he finished his undergraduate studies and received a Bachelor’s of Arts in Political Science as well as minor in Business.

While in school, Jacob took time off to serve a 2 year, service/religious mission in Minas Gerais, Brazil. It was during this time he became fluent in Portuguese, and this experience helped foster improved communication skills, as well as an increased desire to help others in need.

While in law school in Chicago, Jacob worked as a law clerk, where he gained comprehensive legal skills as well as a love for the practice of law. Jacob also worked as an intern at the public administrators’ office, to help protect the assets of those who died without wills. Jacob has continued his legal training and desire to teach, a passion he is able to maintain through his work as an Adjunct Professor at Loyola University Chicago School of Law. Here, he teaches legal research to students in the school’s MJ programs in both health and business law. Jacob also teaches a Master’s Thesis course at Loyola.

Career at The Clinesmith Law Firm

Jacob began working for the Clinesmith Law Firm in 2017. During his time at our firm, Jacob has consistently handled a large variety of cases, and he truly enjoys assisting clients seek the justice they deserve.