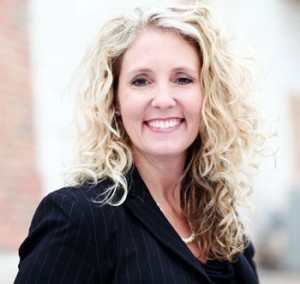 Dawn Smith was born in Tucson, Arizona and raised by a single mom with the help of loving grandparents. Growing up, Dawn’s family instilled in her a belief that those who work hard and dream big can accomplish anything – no matter what the odds. With this foundation, Dawn turned her sights on a career in law. She hoped to make a difference in the lives of people like her mother and grandparents who worked hard their entire lives through adversity, always striving to make a difference in the smallest ways.

Dawn’s dream of becoming a lawyer solidified in her heart on an eighth-grade field trip to Washington D.C. While there, her group attended a session of the U.S. Supreme Court. The Lawyers stood at the front of a formal gallery surrounded by marble columns arguing passionately for their client’s rights– their voices raised to Justices perched high above in black robes. Unwavering, they fought to positively impact the lives of their clients with one voice and one day in court. At that moment it was clear, through the law one voice can touch many lives.

Dawn went on to graduate with a B.A. in Economics from the University of North Texas. At UNT she met her husband and they moved to Southern California where she attended Whittier Law School. While there, Dawn clerked for the California Court of Appeal, Second District, and was a founding board member of the Whittier Journal of Child and Family Advocacy.

After graduating, Dawn worked for a successful Plaintiff’s firm in Orange County, California, where she immediately began trying cases. She gained invaluable litigation experience handling a wide variety of claims involving defective products, medical negligence, elder abuse, child sexual abuse and neglect, workplace sexual harassment, employment discrimination and class action lawsuits. Through each case, she had the honor of representing people with a limited understanding of our justice system including the most vulnerable members of our society, children. She fought for her clients against large corporate defendants who stopped at nothing to prevent or delay justice. As a result, Dawn achieved over 60 million dollars in verdicts and settlements from 2005 to 2010.

In January of 2011, Dawn returned home to Texas and became the managing litigation attorney for a prominent asbestos law firm in Dallas. Once on board she immediately took over a case load of 500 asbestos lawsuits, and her trial team achieved the largest single-plaintiff asbestos verdict in history with an award of 322 million dollars.

After representing many clients in an effort to make a difference, Dawn returned to Washington D.C. where her dreams were fulfilled in a way she never imagined. This time she stood at the front of the U.S. Supreme Court gallery, surrounded by marble columns, looking up toward all nine Justices in their black robes. Chief Justice John G. Roberts swore her in as a member of the U.S. Supreme Court Bar. Anything is possible for those who work hard and believe, which is a lesson that Dawn hopes to instill in her two children.

Clinesmith, Wooten, & Smith is a nationwide law firm that is dedicated to standing up for accident victims’ rights and those who have been exposed to asbestos poisoning. They will fight for the compensation you deserve and for the injuries you’ve sustained. With Attorneys Clinesmith & Smith’s experience, skills, and knowledge, you can rest assured knowing your claim will be fought aggressively to work toward the best possible outcome. Contact us today to schedule a consultation with our skilled personal injury lawyers.

To meet the attorneys at the Clinesmith Law Firm for help in your nursing home abuse case, call us today at (877) 976-8411. On the other end will be a decorated professional eager to help you.